Perhaps in certain day of 1982 an English engineer called to sir Clive Sinclair removed to the market a domestic computer called ZX Spectrum 48K. not outside a very powerful computer but because its price was quite reasonable he was a full successful and he marked the beginning of the computer science revolution.

It would be unjust to attribute east merit to this gentleman since this revolution saw come two years back, when the company of Zilog microprocessors sends the Z80 that was totally compatible with the 8080 of Intel which had the monopoly at that time. The difference of prices was abysmal, the Z80 was ten times cheaper and the sales began to shoot. It was not to be strange that almost all the electronic companies began to make machines being based on this component. 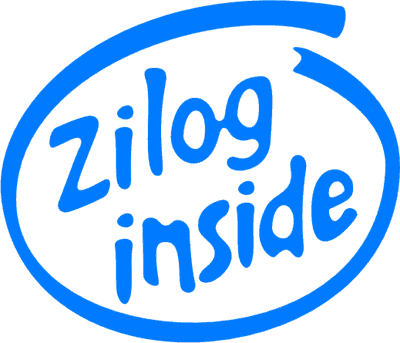 In 1980 Sincliar sent the ZX80, that although was very similar to the ZX Spectrum had very little ram memory reason why mainly it was used like calculator. The following year it left the ZX81, nevertheless as soon as it contributed improvements with respect to the previous model.

The main technical difficulty was that the CPUs went very in front of the technology and the memories were even very expensive. Therefore single the machines would be successful that took advantage of the limited resources to the maximum hardware which they were had. The ZX Spectrum was the one that took the cat to the water; the difference with its predecessor (ZX81) was that it arranged colors, and for that reason the one of its name. The system was quite ingenious and it was based on using the minimum possible memory for the screen. Using little memory of video the screen would refresh with less accesses to ram and would leave to the CPU more accessibility to the bus of the system, which repels in the speed of the same one. On the other hand the graphs would occupy less space and could be created more complete games. Really, the spectrum was an innovating machine that nowadays even continues being sold in Russia (as Pentagon and Scorpion) and the reason of the success is his low cost. 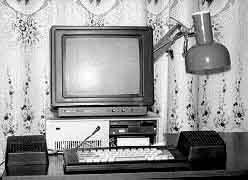 30 years later the things have changed enough. The speeds of the CPUs happen of MHz to GHz (or hundreds of MHz), the technology happens of CISC to RISC that allows parallel processing, or also called pipeline, that allows less times in cycles of clock to process an instruction. As far as the memories, if before 128Kb seemed to us a barbarism now we have 128Mb and to some it seems to them little (mainly to Windows).

In 1996 Nicolá Samoira it sends MAME and from here it begins the boom of the emulation. Multitude of programmers worldwide the batteries are put and begin to develop emulators for all type of platforms like computers, consoles, recreational, calculating, etc... But without a doubt some the record of architecture with greater number of emulators has the ZX Spectrum with more than 200 emulators, is emulated by the greater number of systems (PC, Amiga, Play, TI89...) and would dare to me to say that he is the unique one of the family of the 8 bits who has remained active, since in Russia nowadays clones of the spectrum are sold and they are continued creating programs and games for him.